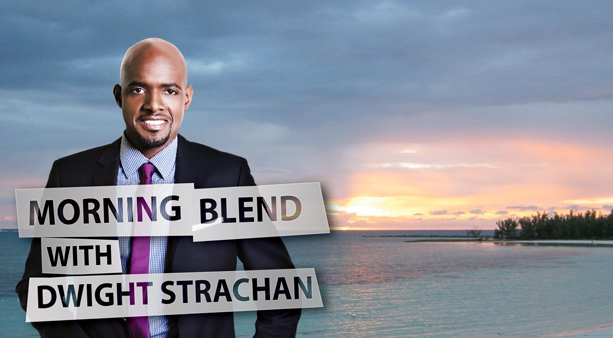 Morning Blend with Dwight, Lester & Alesha is the weekday morning news and talk radio show on Guardian Radio 96.9. Unlike anything currently on Bahamian morning radio, the show aims to give analysis and opinion on a wide range of topics, including local and international news, politics, sports, health and entertainment.

With its panel format, the show aims for more humorous and less formal and somber perspectives on the issues of the day. However, backed by the resources of The Nassau Guardian, it will still offer in-depth reporting and analysis, and breaking news.

Morning Blend will be a source of business and consumer news, weather and traffic updates. Regular segments include “The Overnight” (late-breaking headlines on developments nationally and internationally), “In The News” (discussions on hot topics), “Morning Business Report” (local and international business and consumer information), and “The Final Half” (entertainment news and issues at 8:30am –the final half-hour of the show).
Morning Blend airs Monday through Friday from 6am to 9am.

Dwight is a communications professional with 15 years of experience in media. He began his career as a print journalist before landing a role as news editor and anchor at a Nassau-based Top 40 radio station. In 2001 he joined Bahamas@Sunrise, The Bahamas’ only live morning television show, and has served as producer and head writer for ten years, overseeing script development and managing the on-set activities of the show’s broadcast personalities and production staff. In this role Dwight was instrumental in a number of firsts in Bahamian television including concept design, production and editing for two nationally broadcast reality TV competitions.

Dwight is passionate about the history and evolution of television and film, including classic programming, scheduling, demographics and ratings analysis. He is also an automobile aficionado, and enjoys running and cycling. He is a classically trained pianist with a working knowledge of French.
Dwight holds Bachelor of Arts degree in Broadcast Communications from Barry University.