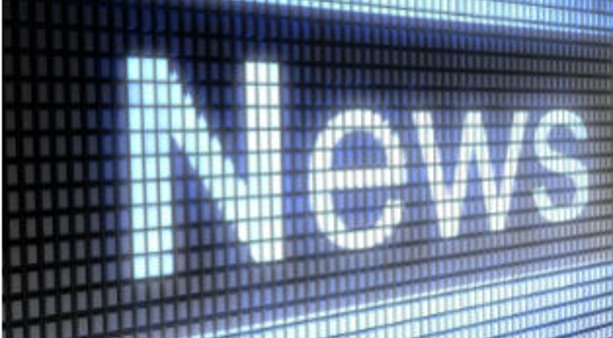 Charlene Ferguson has spent more than ten years of her life amassing an impressive list of achievements in the field of Bahamian Broadcasting. Ferguson has served as Senior News Editor, Producer, Radio anchor and field reporter for the Broadcasting Corporation of the Bahamas. Her reporting experience in national and international news is vast encompassing innovative and in depth reporting on areas from politics and crime to human interest stories. Ferguson has anchored the station’s Radio coverage of live breaking news including Hurricanes Frances and Ike, the 2007 general election and the 2010 Elizabeth by- election. 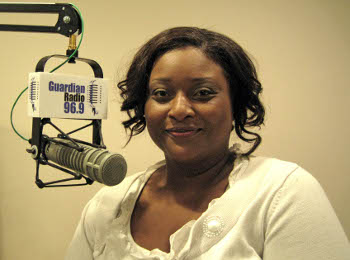 Ferguson provided live floor television coverage of the 2005 FNM and PLP National conventions. She repeated the effort for Radio convention coverage in 2009.

In 2005 she was promoted to Senior News Editor at the Broadcasting Corporation of the Bahamas. She anchored the station’s National morning and evening Radio Broadcasts for five years before serving as Producer for the Bahamas Tonight weekend edition for two years.

Ferguson has produced, written and Narrated Documentaries on legendary Bahamians including the late Sir Lynden Pindling, first Prime Minister of the Bahamas and the late Father Anthony Roberts.

The quality of her work was acknowledged internationally when in 2007, Ferguson surpassed dozens of applicants from Commonwealth countries to become the only Bahamian ever awarded the prestigious Chevening/ Commonwealth Broadcasting Association (CBA) Bursary, to pursue a Master’s Degree in International Journalism at City University, London.

Ferguson had previously secured an Associate’s Degree in Journalism and Mass Communications from the College of the Bahamas (1994). 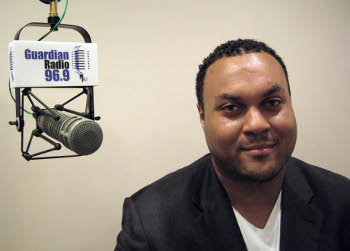 Juan McCartney is a graduate of Kingsway Academy in Nassau and the University of Oklahoma in Norman, Oklahoma. He holds a Bachelor’s degree in sociology.

Juan previously functioned as a reporter and broadcast anchor at Jones Communications Network.  He joined The Nassau Guardian team in April 2008 as a senior reporter and a radio broadcast anchor. Juan was instrumental in the launch of STAR 106.5 FM’s radio news programming and now serves as the station’s news director.

When Newsbreak partnered with Cable Bahamas in January, he assumed the mantle of news producer for Cable 12 Newsbreak, a key position that oversees the daily operations of the editorial team that generates all news content.

Juan became broadcast editor of The Nassau Guardian in January of this year, and is responsible for all of the company’s broadcast news products.

As a journalist, Juan has focused on investigative reporting, but he also enjoys reporting on politics, the economy and human interest stories. 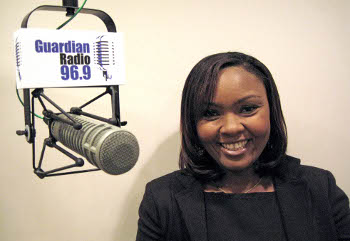 Vaughnique Toote is a reporter for The Nassau Guardian and anchor for the Star Guardian Radio morning news. Toote has reported on breaking news around the country including the 2001 downtown Straw Market fire. She also reported from New York on the one-year anniversary of the September 11th, 2011 terrorist attacks in the United States.

Toote, who holds a bachelors degree in Mass communications, has been in the broadcasting field for more than a decade. She worked at Island FM 102.9 from 2001 to 2005 before joining The Broadcasting Corporation of The Bahamas, where she served as weekend anchor and produced special documentaries on Bahamians living with HIV/AIDS and the government’s National Training Program.

In 2010, Toote joined The Guardian, where she contributes to radio and television news. 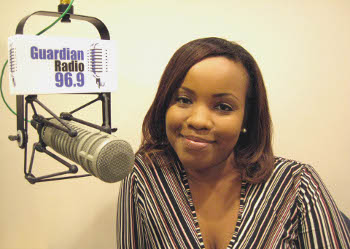 Taylor Ferguson-Gay was 16 when she got her start in broadcasting, working as a Summer student at Cool 96 FM in Freeport, Grand Bahama.

Following her Communications studies in the United States, she joined the company as a full time News Reporter in 2000.

Four years later, after completing advanced studies at Connecticut School of Broadcasting, Taylor was promoted to News and Programming Director.  She served in that capacity for seven years until moving to Nassau and starting a family.

Taylor was excited to join the dynamic team at the Nassau Guardian in October 2011.