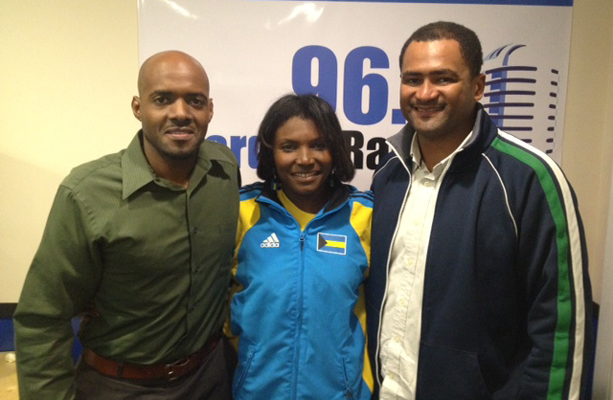 Legendary track & field star, Bahamian Olympian – and original “Golden Girl” – Pauline Davis-Thompson, tells us how she got involved in track. We discuss the recent theft of some of her medals during a house break-in, getting youngsters involved in sports and away from crime, and the upcoming CARIFTA Games. She also tells us how she really feels about the US’ Marion Jones, who through Jones’ doping, initially robbed Pauline of her first individual Olympic gold medal.

“In The News”, we discuss Prime Minister Christie’s response in the House of Assembly to questions about his role as a former consultant for BPC, and we get views on the police and National Security Ministry’s claims that crime is actually down so far this year, especially in inner-city communities.