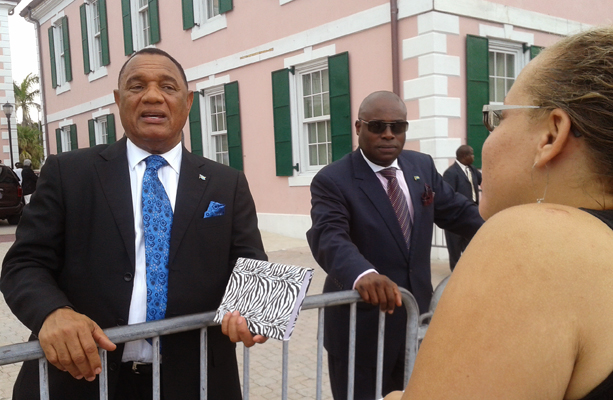 We went to Rawson Square on May 1st and were able to collect various interviews from government officials and citizens on the protest led by the Citizens for Equal Opportunity. Ryan Pinder, Darron Cash, Loretta Butler-Turner, Heather Hunt, Theo Neilly, Greg Moss and Peter Turnquest were just some of the interviews that you’ll hear on this week’s episode of The Eye Opener.

We ask these representatives: “If there was a bill to be voted on in the House that would discriminate against Bahamians, would you vote yes or no?” Hear what they had to say.