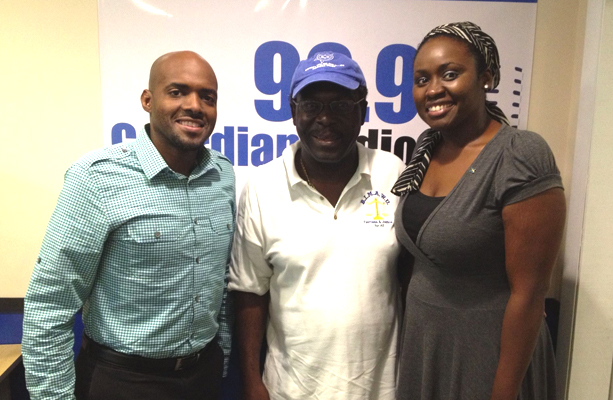 In Part One of our Labour series, Obie Ferguson, President, Trade Union Congress, discusses why it appears there will not be a unified march this first-ever “Randol Fawkes Labour Day”. He also talks about employees’ rights and other challenges and concerns in today’s labour environment. And as Ferguson has successfully argued cases before the Privy Council, he shares his views on whether the country should retain this body as the final court of appeal.

In “Doc Talk with Dr. C”, Dr. James Constantakis discusses the risks and possibilities of contracting throat cancer from oral sex with someone with the human papillomavirus (HPV). The issue has become a hot one following some comments Hollywood actor Michael Douglas may or may not have made to a British newspaper. In any event, Dr. C reminds us that certain types of HPVs causing cervical and vaginal cancers and genital warts are largely preventable with the advent of vaccines like Gardasil, as long as the vaccines are administered in girls and boys before they become sexually active.
Dr. C also outlines 10 possible reasons for fatigue, and the warning signs for when fatigue may be the result of something more than just a lack of sleep.