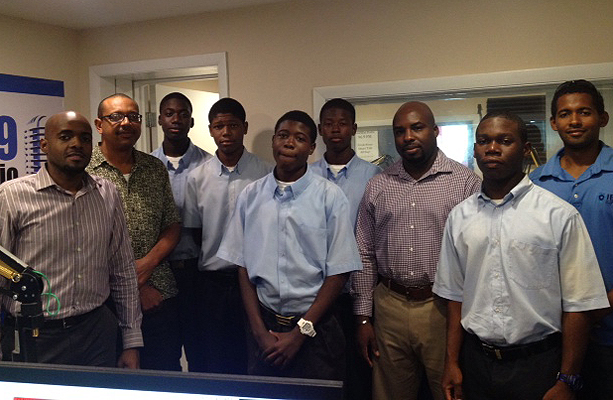 In light of the Christian Council’s about-face on marital rape, and the announcement that it would support its criminalization, we have a passionate discussion with callers about marital rape.

We also discuss Foreign Affairs Minister Fred Mitchell’s state on the US Embassy’s explanation for the suspension of non-immigrant visa services: that the 74-year old Vice Consul who was assaulted Sunday is “one of a specialized group of rare experts in her field”, and that the US government was “challenged in her absence to find the level of expertise which is reposed to her.”

And the team from Anatol Rodgers High School became the first public school to win the annual IBS Build-a-Bridge Challenge this past April. These 10th and 11th graders competed against 20 private and public schools from throughout the country on the Popsicle stick competition. Of the five boys and one girl on the team, the five boys join us in studio: Keishawn Roye, Lorenzo Townsend, Colin McKenzie, Reanzo Smith and Adonis Fernander. Teacher and Mentor Oliver Lynch, and IBS Engineer Greg Williams, also join us.