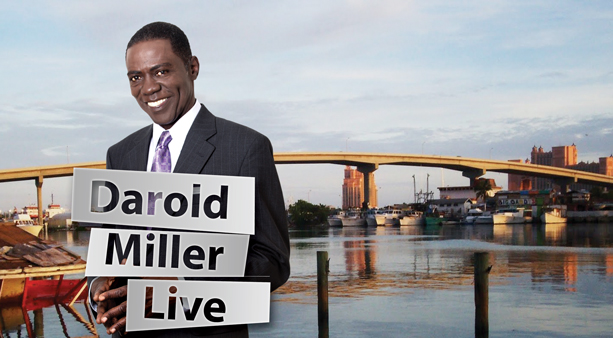 Today’s ‘Darold Miller Live’ dealt with the silencing of Opposition Leader, Dr. Hubert Minnis by Speaker of the House of Assembly, Dr. Kendal Major. We got live updates from the House of Assembly from Vaugnique Toote and gave the public an opportunity to discuss the developments which resulted in the suspension of Parliament until August 7, 2013. Parliament was scheduled to continue debate on the Stem Cell Bill. So in the absence of the Parliamentary debate we played portions of an interview done with Dr. Dwayne Sands on Monring Blend and invited the public to discuss both issues.