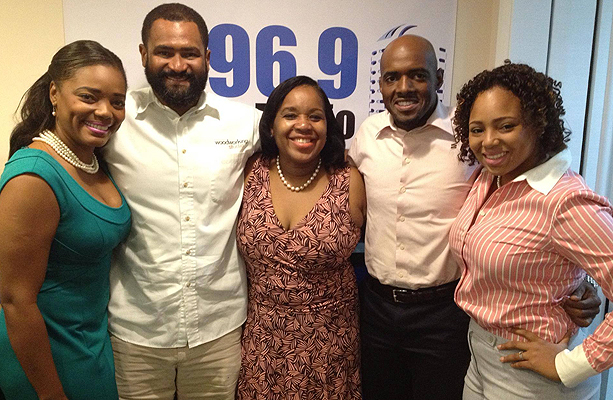 BEC Managers’ Union President Clinton Minnis gives his union’s position on the plan to split the electricity corporation into two entities, and discusses his concerns about BEC’s management structure, including Executive Chairman Leslie Miller’s most recent comments about corporation workers.
The Managers’ Union is also celebrating its 33rd anniversary of recognition as the senior staff union.

Alpha Kappa Alpha’s Eta Psi Omega Chapter of New Providence is celebrating its 50th Anniversary this week. Incoming chapter president Alana Ingraham, outgoing president Joyanne Archer, and member Anastarcia Huyler tell us about the organization, what it means to a member of this sorority, and the events to commemorate the anniversary – including an exhibition opening Thursday at Harry C. Moore Library, and a Ball this Saturday at Sheraton Nassau Beach Resort. For more information, check out Facebook.com/EtaPsiOmegaAKA

Police Staff Assoc. Chair, Insp. Dwight Smith and Director, Sgt. Jerry Josey speak about the role of the association, the govt.’s crime plan, and their concerns about the 12-hour shifts for police officers. We also discuss other issues impacting crime and the work of officers on the Police Force.