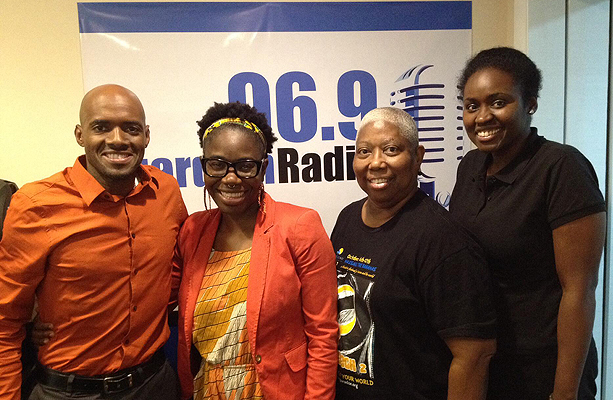 Former president of the Bah. Pharmaceutical Assoc. Philip Gray talks about the group’s ongoing dispute with the Bahamas Pharmacy Council. We also discuss some of the concerns of the pharmaceutical industry, including counterfeit drugs, and the abuse and overuse of antibiotics.

Also, d’bi.young anitafrika is the talented woman behind “The Sankofa Trilogy” – three one-woman performances about three extraordinary female characters. The plays are part of the 5th anniversary of the ‘Shakespeare in Paradise’ Festival, October 4-12.

d’bi shares some of the experiences that have shaped her work as a dub-poet, monodramatist, actor, educator and playwright. Claudette “Cookie” Allens gives us details on “The Sankofa Trilogy” performances: Tuesday, October 8, and Thursday, October 10, at Hillside House on Cumberland St. at 8pm, and Friday, October 11, at Nirvana Beach on West Bay St. at 8pm. For more information, log on to shakespeareinparadise.org

Plus, we discuss what’s “In The News”, and we have our “Quote of the Week”.