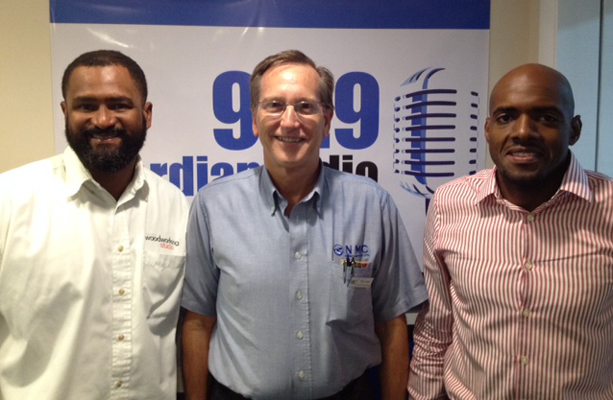 VAT WEEK: A report commissioned by the Nassau Institute concluded that, “The negative effects of VAT adoption, in the current economic climate, may force the Bahamian economy into further decline. VAT adoption, rather than restoring the economic foundation of the Bahamas through deficit and debt reduction, would only raise additional economic concerns.”
Representative Rick Lowe discusses his concerns about Value Added Tax, and his suggestion that the government focus more on cutting expenditure and waste, than increased taxation.
For more information about the Nassau Institute, and to read “The Economic Consequence of the Value-Added Tax for the Bahamas August 2013” Report, log on to www.nassauinstitute.org

“In The News”, Prime Minister Christie says the economy has “turned the corner”, and that the country is on the cusp of a boost in employment. He made the announcement at the signing at the agreement for the $90million expansion of Club Med in San Salvador. We discuss.
And following last night’s 2nd National Crime Forum, we discuss whether this is actually achieving the goals the government had set out, and try to determine exactly what those goals are.