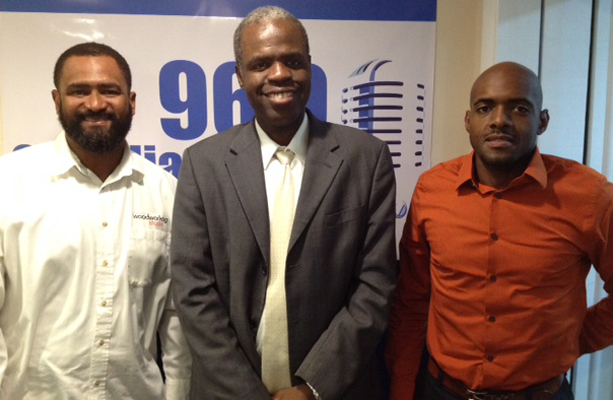 VAT WEEK: Financial Secretary John Rolle gives a comprehensive explanation on the need for Value-Added Tax, and why, at this time, this might be the right way to go for a country in need of serious taxation reform. While Rolle says the legislation governing VAT in the country is still a few weeks away, he says the July 2014 implementation date is still doable. We also discuss some of the expected “vatable” goods and services, and the impact on businesses in the country.

“In The News”, reaction to the life sentences handed down yesterday for three men convicted of the 1999 murder of Police Constable Jimmy Ambrose. And listeners give their views to Prime Minister Perry Christie denying that flamboyant Lyford Cay resident Peter Nygard “initiated and helped to write the stem cell legislation” [as per Nygard], which was eventually adopted in to law by The Bahamas.
Be sure to follow Dwight on twitter @MorningBlend969 and check out our new Facebook page! http://facebook.com/MorningBlend969 Also contact us via email at morningblend@nasguard.com and call in to the studio 323-6232 | 323-8160.