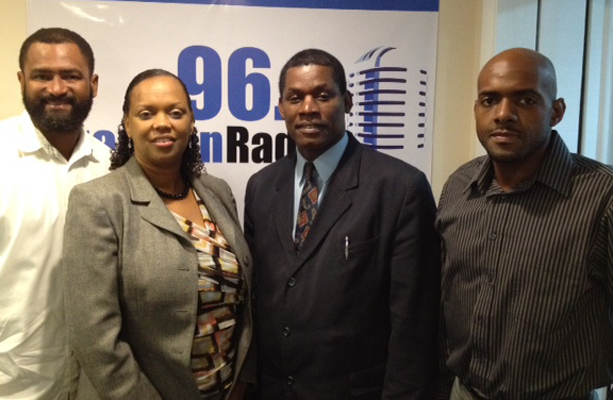 The National Education Census is underway. Leja Burrows, Senior Education Officer with the Ministry of Education’s Early Childhood Unit, and Dr. Willard Barr, Acting Director with the Education, Planning and Research Unit, tell us the census will allow the ministry to collect information from all public and private schools (and those in home schools) about student enrollment and staffing. The information will then be compiled into a Educational Statistical Digest, which will help in the formation of education policy. The census runs from November 1 through 29.

“In The News”, with a spike in the number of traffic fatalities in the country so far this year compared to last, we discuss the wanton disregard for traffic laws and regulations exhibited by so many motorists (and even pedestrians) in the country.
And we get reaction to the Coconut Grove Business League being granted permission to take its case to the Privy Council, to challenge the government’s decision to change the traffic direction and flow on Baillou Hill Road and Market Street.
Plus, cocaine seizures are up throughout the Caribbean, as officials are noticing an increase in drug trafficking throughout the region this year, according to the Associated Press. Officials believe the return to trafficking through the islands – at levels not seen since the early 1990s – is being spurred by Mexico’s violent drug war, which is making it less viable as a transshipment option.
We discuss the ramifications for the Bahamas, which has also seen marked increases in cocaine and marijuana seizures this year.