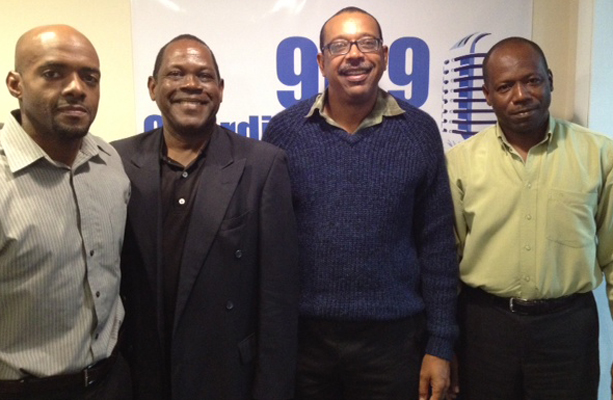 We discuss issues facing the taxi cab sector. Tyrone Butler, Bahamas Taxi Cab Union (pictured left), and John McPhee, with the private company, Bahamas Taxi, give us an update on a credit card payment service offered at taxis at Lynden Pindling Int’l Airport. The matter has been quite controversial with some taxi drivers. We also get their views on the tourism industry, and ask what visitors to the country say to them about The Bahamas.

Bahamian filmmaker Kareem Mortimer tells us about “Passage”, his short film that has garnered critical acclaim on the international film festival circuit. The movie – which tells the story of a group of Haitians being smuggled into the US by a Bahamian boat captain – will be shown publicly for the first time in The Bahamas on Thursday, January 23, at 6pm at the National Art Gallery. That will be followed by a panel discussion.

And It’s BTC Announcement Day! Cable & Wireless Communications confirms they have reached an agreement with the government on whether the government will regain majority control of the telecommunications company. A press conference is set for 5pm. We discuss that and the speculation about what the deal entails.
Also, we analyze the latest comments from Police Commissioner Ellison Greenslade; on a radio talk-show, he warned gamblers to “cease and desist” from partaking in illegal activities, and to “not be found in a place where you shouldn’t be”.