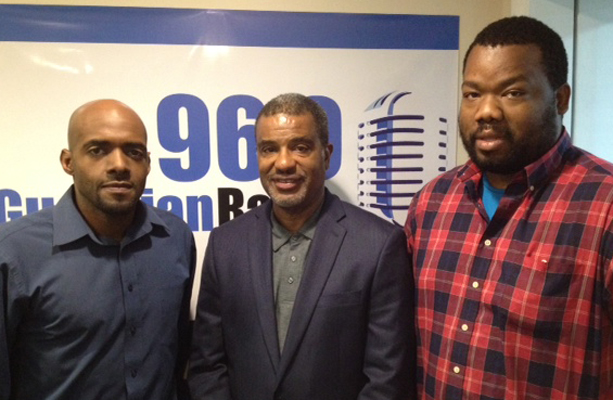 Bahamas Film Commissioner Craig Woods discusses film production in The Bahamas, and the challenges the Tourism Ministry faces in attracting international film and television projects to the country. He tells Dwight and guest host Stephen Hanna (host of Guardian Radio’s “What’s the Point”) about the aims and objectives of the Film Commission. Woods also has some suggestions for local film and TV producers.

“In The News”, strong reaction to the 20-year prison sentence for an HIV-positive armed-robbery convict who raped a 17-yr old virgin after escaping police custody last year. Although he was facing a maximum sentence of life imprisonment, he received a deduction for his guilty plea. Outraged listeners say this crime warranted the death penalty.

And the government netted less than $100 million for selling less than 51 percent of BTC to CWC, says government lead negotiator Franklyn Wilson. While he’s not saying how negotiators have reached this conclusion, he tells The Nassau Guardian all will be revealed in a parliamentary committee.
Also, reaction to the frequent BEC power cuts in Nassau over the weekend, and to the Seattle Seahawks Super Bowl blowout of the Denver Broncos.