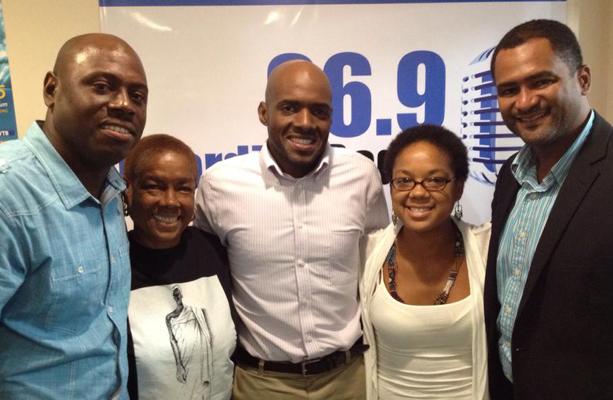 September 18, 2014: With the recent incidents of domestic violence and #NFL players, we discuss whether the punishments and penalties handed down by the league are appropriate. We also examine local attitudes about the cases involving Ray Rice with the Baltimore Ravens (who has been suspended after knocking out his then fiancé [now wife]) and Adrian Peterson with the Minnesota Vikings (who is charged with child abuse, after using a switch to punish his 4-year old son).
Sports talk show host Brian Armbrister has some very different views on theses matters from the mother/daughter team of Donna Nicolls and Noelle Nicolls with the Bahamas Crisis Centre. We have a heated discussion about these controversies, domestic abuse and corporal punishment.