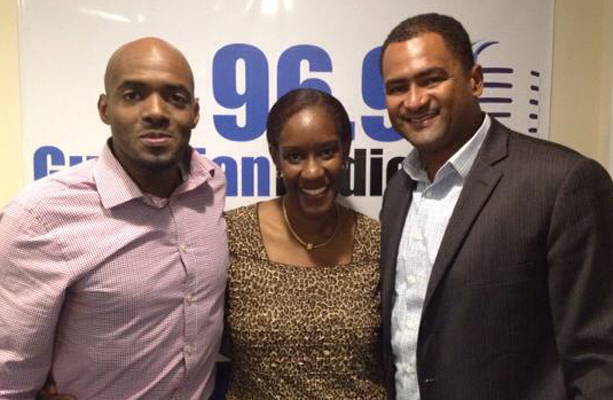 October 14, 2014: We discuss “alternative dispute resolution”, and the need to resolve conflicts not only without violence, but also without resorting to court trials or even arbitration. Koschina Marshall is an Attorney-at-law and is a specialist in alternative dispute resolution. She is the international coordinator of “Mediation Week”, which was initiated a few years ago by the American Bar Association, and occurs every third week in October.
Marshall tells us Thursday will be celebrated as “Conflict Resolution Day”. Several events are planned for the week, including a panel discussion on crime and criminality tomorrow at 7:30pm at BFM, and the “People’s Peace March and Rally” on Saturday from 3pm to 5:30pm. That rally will begin in three locations (RM Bailey Park, Southern Recreation Grounds, Christie Park) and converge at Windsor Park.
Last week, Marshall teamed up with the Urban Renewal Commission, the Ministry of Education, and the Ministry of Youth, Sports & Culture for workshops on alternative resolutions with senior and junior high school students.