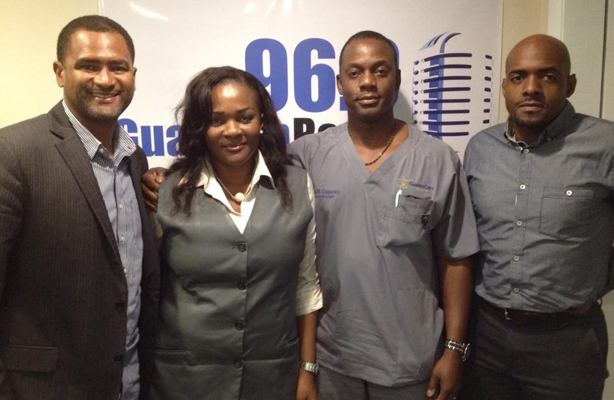 Colon cancer survivor Terrell Cleare shares her powerful story. At age 42, after being previously diagnosed with hemorrhoids, she gets a second opinion from Dr. Marcus Cooper, who recommends a colonoscopy. That procedure revealed that Terrell had Stage 3 cancer, and she had to be rushed in to surgery. She later had to undergo chemotherapy and radiation. Two years later, Terrell is doing well. Dr. Cooper says the sedentary lifestyle and poor eating habits of most Bahamians put them at grave risk for colon cancer – the greasy and fatty and starchy foods, and the very low fiber intake. He gives other warning signs, and discusses prevention methods and treatment options.Dr. Cooper also stresses the importance of colonoscopies for everyone 45 and over. But he says individuals with a family history should get screened at an age ten years earlier that the age at which their family member was diagnosed. Hence, Terrell’s family would need to start having colonoscopies as young as age 32. Dr. Cooper can be reached at GastroCare Bahamas in the Centreville Medical Centre in Nassau at (242) 356-0684. Log on to gastrocarebahamas.com.