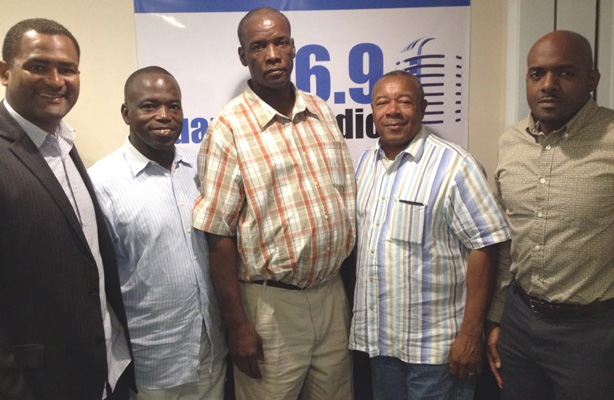 We have a heated discussion about raising the minimum wage of The Bahamas with members of the Trade Union Congress (T.U.C.). As part of our LABOUR WEEK discussions, Tyrone “Rock” Morris, T.U.C. General Secretary, Herman Armbrister, Bahamas General Workers Union, and Rudolph Stubbs, Bahamas Customs, Immigration & Allied Workers Union, tell us the T.U.C. believes the minimum wage should be raised from the current $150.00 a week (or about $210.00 a week in the civil service) to $350.00 a week. That would put the country’s minimum wage above the federal minimum wage of the United States, but well below those of developed economies like Australia, France, the UK, New Zealand and Canada. The Bahamas already has the highest minimum wage of the independent nations in the Caribbean. Morris also tells us the T.U.C. and rival NCTU will likely have separate marches on Randol Fawkes Labour Day this Friday.