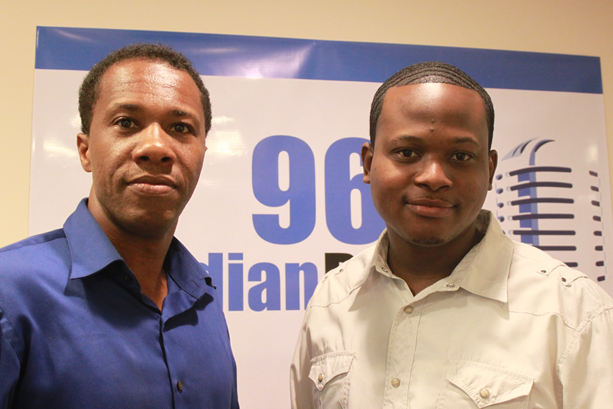 From Puff Daddy to Prince Harry, he has drawn images of the who’s who of the international and local community. Celebrity Artist Jamaal Rolle joins The Things That Matter host, Kirk Johnson for a candid conversation about the pain, sacrifice and rewards of his path to success.

Today in the History of The Bahamas

The Bahamas makes history in the major leagues, Pirates seemingly reborn; come to downtown Nassau and oil exploration in the Bahamas hits a snag. In Global History, Great Britain part ways with a Caribbean neighbor and tragedy hits the British royal family. Plus follow the countdown on the Gregorian calendar.
August 31, 1973

The third man from the Bahamas to play in the major leagues, Ed Armbrister, made his Major League Baseball debut for the Cincinnati Reds.

Former cricketer Andre Rodgers became the first Bahamian to play in the major leagues when he made his debut in April 1957. Ed Armbrister was then just 8 years old. The second Bahamian big-leaguer, Tony Curry, also turned pro in 1957.

Ed Armbrister is probably best remembered for his involvement in a controversial play in the 1975 World Series. In the tenth inning of Game 3, with teammate César Gerónimo on base and nobody out, Amrbrister collided with Boston Red Sox catcher Carlton Fisk while attempting to sacrifice bunt, leading to a wild throw by Fisk and his subsequent failure to get Gerónimo out; home plate umpire Larry Barnett did not make the expected interference call on Armbrister, a decision which was harshly criticized after the Reds won the game 6–5. The Cincinnati Reds went on to win the World Series.

PIRATES OF NASSAU opened its doors to Bahamians and tourists. “Pirates of Nassau” is an interactive, historical exhibit that explores the age of piracy and lawlessness in Nassau of 1716. Located on Marlborough and George Streets, downtown Nassau, the museum features special exhibits of infamous pirates like Blackbeard, Anne Bonny and Mary Read.

The Bahamas government announces a halt on all new applications for oil exploration within the waters of the commonwealth. The decision was made by the Ministry of The Environment after the BP oil disaster in the Gulf of Mexico. The Ministry released a statement saying, “The Ministry seeks, by this decision, to maintain and safeguard an unpolluted marine environment for The Bahamas, notwithstanding the potential financial benefits of oil explorations.” The statement also revealed that the Ministry was reviewing all current licenses.

Environment Permanent Secretary Ronald Thompson said that while the ministry had yet to draft the necessary safety protocols, government would frame its future policies around existing ones from other countries.

On This Day in Global History:
1962 – Trinidad and Tobago gained independence from Great Britain.
1997 – Britain’s Princess Diana and her companion Dodi al-Fayed were killed in a car accident in Paris.

In the Gregorian calendar, August 31st is the 244th day of 2012. There are 124 days remaining until the end of the year, 117 days before the Boxing Day Junkanoo parade and just 39 days before the October 12th Discovery Day holiday.