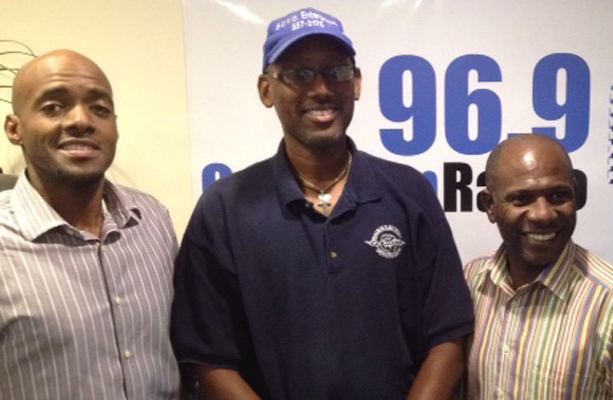 Both presidents of BEC’s trade unions join us to discuss the controversial sick pay benefits at the electricity corporation. Electrical Workers Union President Stephano Greene and Electrical Utility Managerial Union President Clinton Minnis say the provisions, which allow employees to collect their full salaries when on sick leave while still receiving one-third their salary from National Insurance, have been in place for more than two decades now, and cannot unilaterally be changed by anyone without consultation and agreement.
Executive Chairman Leslie Miller says this is “double dipping”, and that the policy has to and will come to an end, as the corporation paid out more than $3 million in sick pay between Sept. 2012 and Sept. 2013.
The union leaders have a lot to say about the Executive Chairman too!
Male-female “relationships” will be the focus of the new Guardian Radio show, “Your Voice”. Hosted by Nikki Burrows along with Kwesi Smith, the show premieres Tuesday (Nov. 12) at 1:15pm [following the 1pm news], and will air each week at that time. The first show examines, “What’s the difference between ‘dating’ and ‘being in a relationship’?” For more info, check out Facebook.com/nikki969fm.

And “In The News”, will the implementation of Value-Added Tax impact the first of the planned constitutional referenda, and vice versa? Both are slated for next summer – June for the referendum, July for VAT. With calls coming for one (or both) to be postponed, State Minister for Finance Michael Halkitis says he believes “the Bahamian people can deal with more than one issue simultaneously”, and that the education campaigns for both with happen at the same time, with the VAT education process being accelerated this week. We get reaction from listeners.