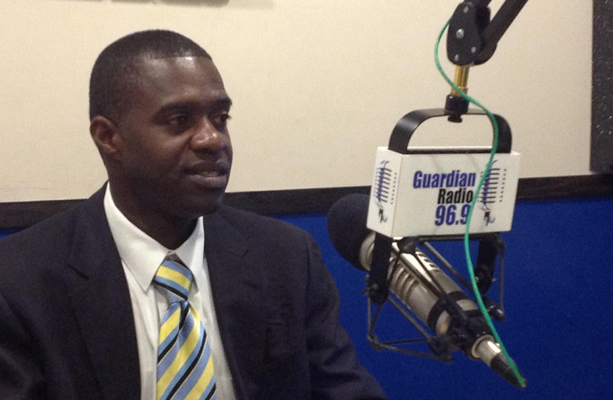 Bar Association President Elsworth Johnson says the Judiciary is not to blame for the crime situation in the country; he says the problems we’re experiencing have more to do with parents and citizens in general abdicating their responsibilities.
As the first guest in our new monthly “Legal Ease” segment with the Bar Association, Johnson addresses the importance of following “the rule of law”, whether we like the outcomes or not.
Johnson also reacts to some of the controversial provisions FNM leader Dr. Hubert Minnis outlined in his New Year’s message to address capital punishment.

The Phi Beta Sigma Fraternity is celebrating its 100th Anniversary on Thursday, January 9. Nassau Alumni Chapter President Rodney Bain, Past Pres. Kareem Hanna, and Charter Pres. of Beta Beta Lambda Chapter at the College of The Bahamas, Derek Smith Jr., tell us the history of the fraternity, the local alumni chapter and their work in the community, and how the men in royal blue and pure white plan to celebrate the anniversary worldwide tomorrow.

“In The News”, Deputy Prime Minister Philip Davis says The Bahamas is “not as dangerous as it is made out to be”, and that he still feels safe. The statement comes one month after Davis, while acting as prime minister, was held up at gunpoint in his home in broad daylight. Davis also confirms that he now has police presence at his home.
And FNM leader Dr. Hubert Minnis says the Opposition plans to table a Bill in the House to remove the impediments to capital punishment.